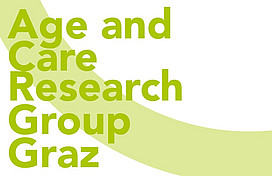 Demography and Society in Historical Southeastern Europe: a Comparative Analysis of Variation between and within Countries

The coding of the microdata will be based on already established coding schemes (IPUMS, NAPP, Mosaic, HISCO). Historical demographic analysis will use the Child-Woman-Ratio, the Singulate Mean Age at Marriage, the proportions never married, the age difference between spouses, the Patriarchy Index, and coresidence measures of dyadic relationships (who lives with whom).

This intended project would create the largest historical microdata collection outside of the already established centres of historical demographic research in Europe. Analysis based on this massively enhanced database will help to bring more light into the missing areas of comparative historical demography, household structures, and familial patriarchy. Data sharing and collaboration should be promoted and the gap between research done at the national and local levels should be filled. The proposed project would foster research possibilities because the data will be available open access.

PI will be Siegfried Gruber, an established historical demographer at the University of Graz. As collaborator a doctoral candidate will be hired.